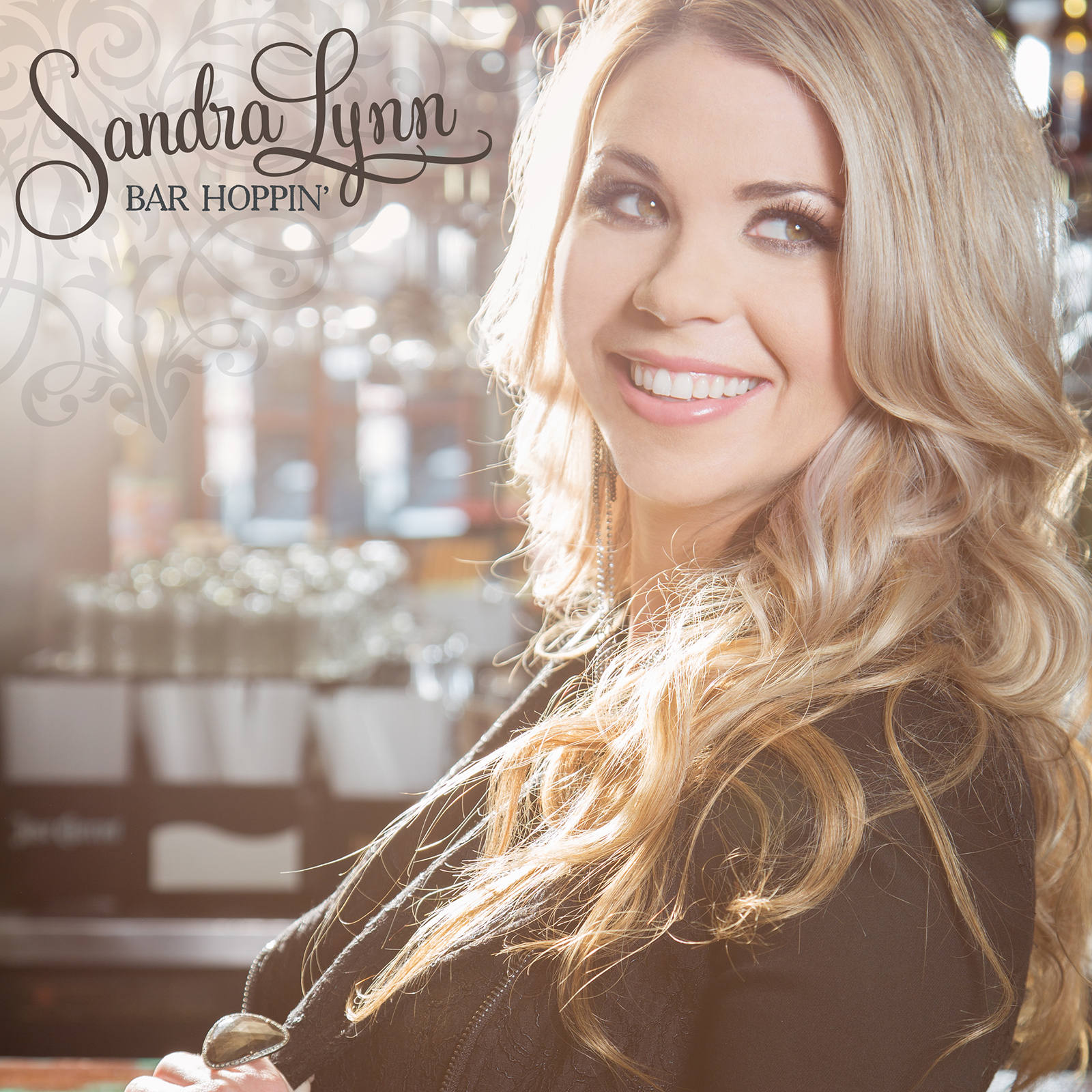 Ole Smoky is a proud supporter of the very talented Sandra Lynn who just dropped her new single Bar Hoppin' in which Ole Smoky has a cameo. Be on the lookout for many more great things to come.

One of country music’s sweetest new voices, Sandra Lynn has a clear memory of the first time she heard one of her favorite country songs as a child. She and her mother were in the car driving through the rural landscape of her native Chino, California, when Deana Carter’s languid ballad “Strawberry Wine” came on the radio. “She was singing about ‘the ‘hot July moon’ and the ‘green on the vine’ — all this vivid imagery that resonated with me on a very deep level,” Lynn says. “The loss of innocence in that song is so relatable. Whenever I hear it now it reminds me of times during my childhood when everything was more simple. That’s what I love about country music. The best songs are so powerful that they actually can define moments in people’s lives.”

A California girl with a Nashville heart, Lynn has made it her mission to capture that transportive quality in her music, whether she’s in the recording studio or onstage. Since launching her career in last year with her self-titled debut EP (which was arranged and produced by Rascal Flatts’ Jay DeMarcus), Lynn has been out on the live circuit, opening for both Kenny Chesney and Kenny Rogers, performing during CMA Fest and on the KNE New Music Stage at Milwaukee’s Summerfest, and playing at local Nashville venues, including 3rd and Lindsley and The Listening Room. She has also been working with some of Nashville’s hottest songwriters, including Hall of Famers Gary Burr and Tom Schuyler, Tia Sillers, Victoria Banks, Mike Mobley, and Travis Meadows and Jeremy Spillman, who co-wrote her debut track “You Belong” with Lori McKenna.

An uplifting song about realizing one’s self worth, “You Belong” and its accompanying video directed by Trey Fanjoy (Taylor Swift, Reba McEntire) have earned much support, attracting over 100,000 views on YouTube, as well as debuts on CMT.com, CMT’s Pure channel, and airings on GAC and Zuus Country TV, among other outlets in the U.S. and U.K. A member of the CMA and The Recording Academy, Lynn has also racked up multiple views on YouTube channel Country Now for her exclusive performances of songs from her EP captured live at Nashville’s Blackbird Studios.

Late last year, Lynn teamed up with hit songwriter/producer Ross Copperman (Dierks Bentley, Brett Eldredge) to delve into a new catalog of upbeat songs that celebrate the sheer fun of living and loving, including her single “Afterparty,” which was picked up by SiriusXM’s The Highway, and her latest “Bar Hoppin’,” which also features a video (filmed in downtown Nashville’s historic Printer’s Alley) directed by Fanjoy. ”It’s about the friends you love to go drinking and dancing and have a good time with,” Lynn says of the song, which she co-wrote with young, up-and-coming songwriter Bobby Hamrick.

“The term ‘bro country’ gets thrown around a lot, and there are definitely some elements of it I really enjoy,” Lynn says. “But those songs seem to focus on the guys always doing the drinking, having a good time out, and cat callin’ on the ladies. That’s why Bobby and I wrote ‘Bar Hoppin’,’ because as much as the guys like to go out drinking and partying, us girls like it too. We love to hang and rally for an evening blowing off some steam, moving from bar to bar and letting loose every once in a while. That’s the time you get to be silly with your friends, meet new people, and dance the night away.”

Working with some of Nashville’s best songwriters has helped Lynn grown significantly as an artist over the past year. “It has been a humbling and eye-opening experience that has allowed me to really find my own voice in the process,” she says. “I love coming in with an idea I’ve been excited about and sharing it with someone who helps me turn it into a song and give it life. Every time I walk out of the room with a finished song as a writer, I get goosebumps. To me, to create is to live.”

Sonically, Lynn’s contemporary country sound radiates a subtle California vibe that she attributes to her West Coast roots. Lynn lived in Chino until she was eight, in “a neighborhood full of horses, horseback trails, and ranch-style homes,” she recalls. “There was a dairy farm right down the street from our house, next to my elementary school and church, and no shortage of cows everywhere.” Noticing that her outgoing daughter liked to perform, Lynn’s mom put her in dance classes at age two and a half and acting classes at five. She began singing at seven, right before her family moved to Brea, CA, in Orange County. Lynn did musical theater, performed at regional festivals and fairs, and sang the national anthem at major league baseball games. She also joined her school’s show choir, which competed all over the state.

Throughout middle school and high school, Lynn listened intently to pop and country music, becoming enamored with such singer-songwriters as Jewel and Michelle Branch and spending hours watching the country music TV networks, which is where she gravitated to such artists as Dixie Chicks and Rascal Flatts, as well as Shania Twain and Faith Hill. Of the latter two, she says: “Aside from the fact that I loved their music and dynamic voices, they came across as wholesome, yet sexy and glamorous at the same time. They seemed like the girl next door you wanted to be best friends with; the kind of artist I aspired to be someday.” While attending Pepperdine University, Lynn was gifted a copy of Patsy Cline’s Ultimate Collection by her aunt, which sparked her interest in other classic country artists like The Judds and Alan Jackson. Inspired by their timeless storytelling, she began looking for people she could write and record demos with after graduating. “I had always written, whether it was journaling in a poetic way or coming up with my own lyrics,” she says, “but after college I put my focus on setting lyrics to melodies.”

For two years Lynn wrote with various writers in Los Angeles, eventually attracting the attention of veteran producer David Foster. Impressed with her voice, Foster connected Lynn to various collaborators in Nashville, where she continued to hone her craft, eventually landing a song, written by Gretchen Peters and Bryan Adams, on the FOX TV show Fringe. Lynn traveled back and forth to Nashville (where she now spends half her time) to work with various songwriters and producers, including the in-demand Jay DeMarcus, whom she describes as very nurturing and encouraging of her creative process. “Jay was really great about helping me discover new idiosyncrasies in my voice that helped bring out more of my personality in the music,” she says of the songs on her debut EP.

Lynn has carried that experience with her into sessions with Copperman, to whom she gave the following directive: “I told him, ‘Push me until we get something that you love; until we both know it’s right,’” she says. “I feel like the result is a fresh, country sound that is true to me, but is also an exciting, amped-up side of things. It feels like my next step vocally, lyrically, and story-wise. My hope is that it’ll strike a chord in people and make them feel like they want to bust some dance moves!”