“The Farrell Clan is steeped in tradition, and moonshine is certainly a significant part of their family ritual,” said WGN America’s EVP of Marketing & Promotions Brian Dollenmayer. “Ole Smoky serves as the perfect collaborator for us as we continue to generate excitement with fans everywhere for the upcoming second season of ‘Outsiders’.”

Consumers and viewers will have a chance to win a trip to Tennessee by entering the “C’mon Live Like An Outsider” Sweepstakes. One winner plus three guests will be flown out to Gatlinburg, TN where they will learn how to make moonshine at Ole Smoky’s distillery, the Holler. The winner will also get to enjoy outdoor activities such as ATV riding, fishing, hunting, and more.

“There is a tremendous connection between the Outsiders and Ole Smoky’s fan base,” said Meg Bruno, VP of Marketing of Ole Smoky. “Creating a co-branded 360° campaign with the team at WGN America seemed like a natural fit for our company.”

Ole Smoky’s Outsiders Farrell Shine will be available for a limited time starting on January 24th, in conjunction with the second season premiere of Outsiders. The campaign will run until April 30th, 2017.

For more information about WGN America and the Outsiders visit http://www.wgnamerica.com/series/outsiders/

About WGN America and Tribune Studios:

Sony Pictures Television is one of the television industry’s leading content providers, producing and distributing programming worldwide in every genre and for every platform. In addition to managing one of the industry’s largest libraries of award-winning feature films, television shows and formats, SPT is home to a thriving US production business and operates 17 wholly-owned or joint venture production companies in 13 countries around the world. SPT’s worldwide networks portfolio includes 150 channel feeds, which are available in 178 countries reaching more than 1.3 billion cumulative households worldwide. Sony Pictures Television (SPT) is a Sony Pictures Entertainment Company.

Ole Smoky is the leading distiller of premium moonshine in the U.S. and the first federally licensed distillery in the history of East Tennessee. The company’s roots can be traced to the early settlers of the Smoky Mountains. Which means this isn’t just moonshine, it’s moonshine made with authenticity and enduring pride of the people of the Tennessee Mountains. In 2009, the law in Tennessee changed and suddenly, it was legal to make, distill and sell the infamous bootlegger’s hooch. It was at that point that a group of families decided to bring their artistry of superior moonshine making to the world at large.

And the world welcomed it. Ole Smoky was named an Impact Hot Brand by M. Shanken Communications, a leading publisher in the U.S. wine & spirits industry. The Hot Brand Award is given to both established and upcoming brands that achieve double-digit growth in each of the past three years, with a minimum of 200,000 cases. Additionally, people from all over the world visit the famed Gatlinburg Distillery, The Holler™, to see and experience how Ole Smoky moonshine is made.

Ole Smoky now retails globally and offers more than twenty creative flavors crafted from authentic family recipes. And while Ole Smoky has long been enjoyed on the porch from the jar or the jug, Ole Smoky now finds itself mixed in handcrafted cocktails of the finest order in establishments across the U.S. including some of the biggest music and sporting events in the country.

For more information, please visit www.olesmoky.com and find them on social media @olesmoky. 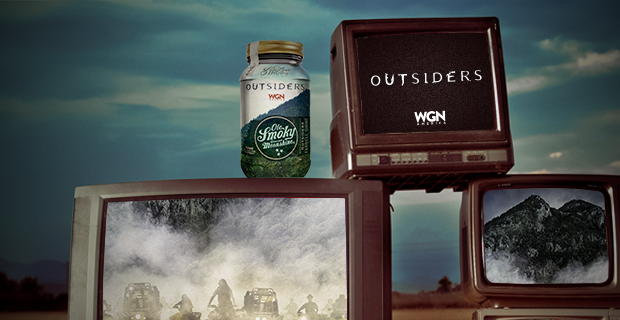