Gatlinburg, TN (April 30, 2014) –– Musician Emi Sunshine will display her musical talents with a performance at the Ole Smoky Tennessee Moonshine Distillery (known at “The Holler”TM) with her band, Emi Sunshine And The Rain on Memorial Day, Monday, May 26 at 6:30 p.m. with a meet and greet at 4:30 p.m. This performance adds to The Holler’s 2014 concert series lineup, which included a highly anticipated performance by the Soggy Bottom Boys in March.

Emi Sunshine And The Rain will return to The Holler for a second performance on September 27. Details coming soon! 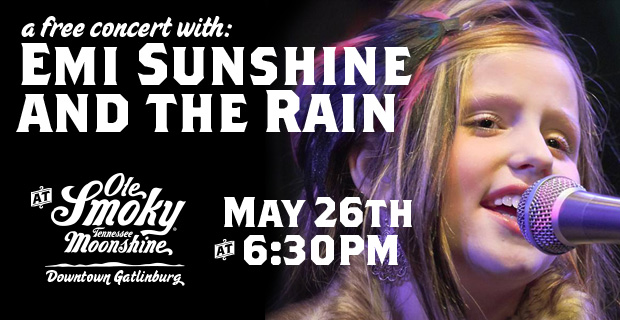